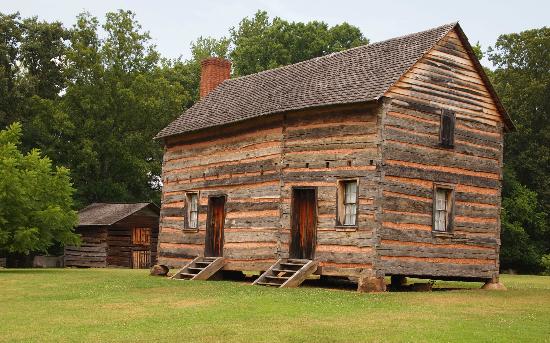 Pineville was changed forever when the initial segment of Interstate 485 opened to traffic. Although the one-mile (1.6 km) stretch connecting interchanges at NC Highway 51 and South Boulevard was designed to divert through traffic around Charlotte via a freeway loop, I-485 incidentally passed directly through Pineville.

In the years to follow, largely undeveloped land adjacent to Pineville’s two I-485 interchanges exploded into what is now the largest shopping district in North Carolina. With nearly 8,000,000 square feet (743,000 m2) of retail space, Pineville is home to the 1,100,000-square-foot (100,000 m2) Carolina Place Mall, at least two power centres and many strip malls, outparcels and free-standing retailers.

Pineville has, historically, been a textbook example of urban sprawl. Because its growth was largely motivated by the introduction of a freeway to the area, the Pineville shopping district generally requires a motor vehicle for access. Despite 8,000,000 square feet (743,000 m2) of new retail space, the population of Pineville in 2000 (3,449), was barely greater than it was in 1990 (2,970). This was partly a consequence of Pineville’s geographic location. Sandwiched between Charlotte and the South Carolina state line, Pineville cannot expand its municipal boundaries. Substantial undeveloped land available prior to the introduction of I-485, was rapidly purchased by developers and approved for retail use nearly without exception, quickly sealing Pineville’s fate as a place that is known to many but home to few. This is an example of the criticism that sprawl causes excessive single-use zoning. The 2010 census, however, gave Pineville a population of 7,479—more than double the population it had in 2000—so the trend seems to be reversing.

According to the State Demographer of the North Carolina Office of State Budget and Management, the Town’s population as of July 1, 2018 is estimated to be 9,338.[8]

Things To Do in Pineville, North Carolina

There are plenty of things to do in Pineville, NC such as visiting President James K. Polk Historical Site, The Pineville Ice House, shopping at Carolina Place Mall, Sky High Sports or enjoying friends at Pintville Craft Beer.

You are also close to Ballantyne NC and Fort Mill SC for  golfing opportunities.