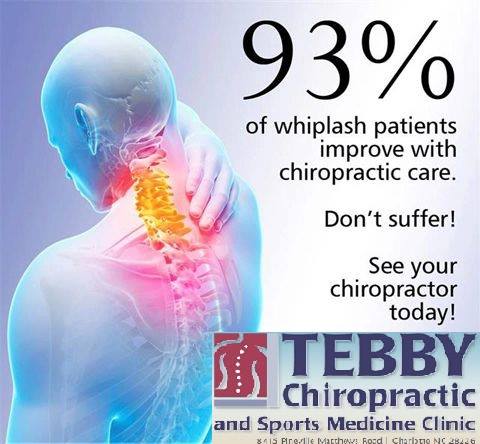 Contents hide
1 Whiplash Explained
1.1 What are the Symptoms of Whiplash?
1.2 What Might Happen if I Don’t Seek Treatment for Whiplash?

Did you know that many experts claim that as many as three million people a year in this country suffer whiplash injuries but a good portion of them never seek any kind of treatment? Most people dismiss it as something that will heal itself and do not actually realize that they are risking long-term damage.

Additionally, did you know that whiplash treatment Charlotte NC and nationwide is one of the most effective treatments for whiplash? Chiropractic care and whiplash injuries really do go well together both for short term and long term relief.

In layman’s terms, whiplash is an injury done to the muscles, nerves, and the vertebrae in the neck after being exposed to an experience where the neck is forced backward and then forwards suddenly.  This sudden and forceful movement can damage the ligaments and tendons that are responsible for holding the vertebrae in the neck in the correct place. This damage can cause the vertebrae to change its position and also cause an irritation to the surrounding nerves.

Car accidents are the most common cause of whiplash but sports and amusement rides can also cause it as well. A good Charlotte chiropractor treating injuries from car accidents or any of the above causes will be able to offer practices that can help to prevent the symptoms to become chronic.

What are the Symptoms of Whiplash?

There is a wide variety of different symptoms that can be a sign of a whiplash injury but some of the more common ones are usually:

While many of the symptoms will be experienced immediately after a whiplash injury others may arise later which could lead the sufferer to believe they are unrelated to the injury. This is why it is important to look for a Charlotte chiropractor treating injuries from car accidents as soon as possible. This is to stop the possibility of future symptoms emerging and possibly causing irreversible permanent damage to the neck and its muscles.

What Might Happen if I Don’t Seek Treatment for Whiplash?

It has been shown that patients that have combined chiropractic clinics accept the majority of insurance plans. However, it’s best to verify that your insurance will cover chiropractic care and whiplash injuries immediately after an injury are much less likely to suffer long-term effects compared to those that either delay their treatment or seek none at all.

There are a number of long-term effects that can arise if whiplash injuries are not treated quickly. This could be anything from chronic spine’s natural curve, you will eventually experience discomfort and back pain over time. The spine is designed to carry your weight without pain, a reduction in the ability to function and more seriously, permanent damage done to the vertebrae and the surrounding nervous system.

For this reason it is always important to seek whiplash treatment Charlotte NC as soon as an injury has been received. Never underestimate what may just feel like a sore neck and assume that it will clear up on its own.